Men who tried to smuggle ecstasy into Australia inside arm of excavator jailed
AbePlace: International
 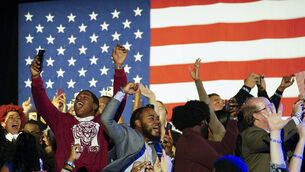