Don Wilson, guitarist with The Ventures, dies at 88
#Violence against womenR Kelly
 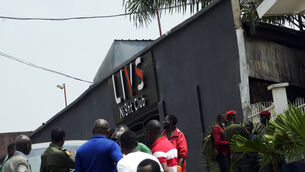