Nearly half a million Europeans 60 and over saved by Covid-19 jabs, study finds 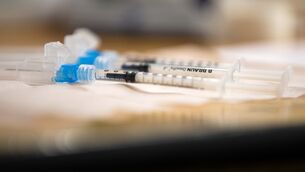