Former president Poroshenko returns to Ukraine to appear in court 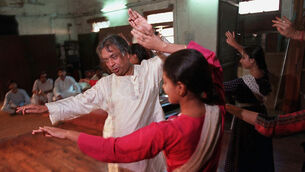