Largest US abortion protest could be last under Roe
CourtsHeathrowDonald TuskBrexit
 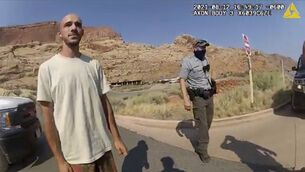