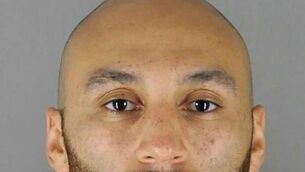 Officer who kneeled on George Floyd’s back faces sentencing