Erik ten Hag is unsure what to expect from managerless Leeds 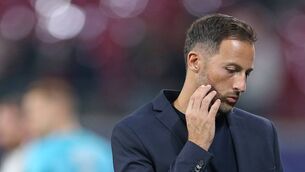