Is this the most unpredictable World Cup in recent history?
forestPlace: UK
 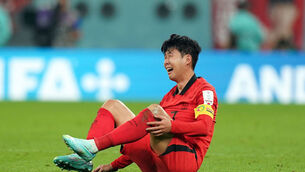