Mo Salah rescues a point for Liverpool against promoted Fulham

Nottingham Forest off the mark with victory over West Ham
#Liverpool
 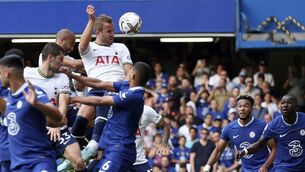 Bedlam at the Bridge tips managers over the edge