'We are Irish. We are going to fight' - Megan Connolly's defensive shift typifies Gothenburg resistance

Sweden v Ireland: Signs that Ireland have grown as a team is tonight's priority

Covid worries for Swedish superstars ahead of Ireland clash 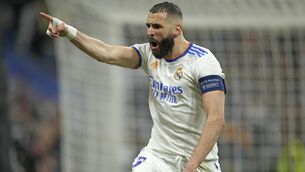