Cork City 1 - Limerick 0: Cork City are now two league points and one cup final away from an historic double, after a first-half Garry Buckley goal was enough to see them edge out Limerick in a tight and tense semi-final at Turner&rsquo;s Cross.">
X
Liam Mackey
     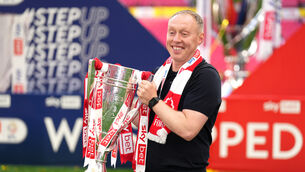