Napoli 1 - Real Madrid 3: Real Madrid weathered an early storm before easing through to the quarter-finals of the Champions League with a 3-1 victory over Napoli which gave them a 6-2 win on aggregate.">
X
Cian Locke
    

Shane Farrell putting Finglas troubles behind him as Shels march on 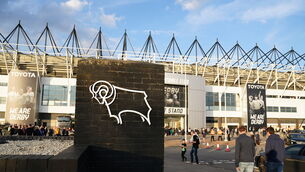