Watford 1 Tottenham 2:&nbsp;If Tottenham have ambitions to do more than simply finish in the top four, they will need more performances like this, where they showed character and resilience to grind out a somewhat fortuitous victory against a Watford side reduced to 10 men for the final half-hour.">
X
Gerry Cox
    

Watch: Watford's Ismaila Sarr scores from inside his own half 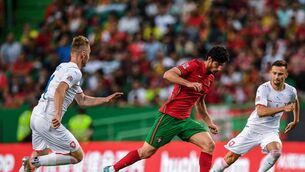