Liverpool 1 Norwich 1:&nbsp;If Brendan Rodgers was pinning hopes of an improvement in Liverpool&rsquo;s fortunes upon the shoulders of the forward partnership between Christian Benteke and Daniel Sturridge, then the good news from this draw is that Danny Ings has provided the increasingly beleaguered Anfield manager with food for thought.">
X
    
Ian Whittell 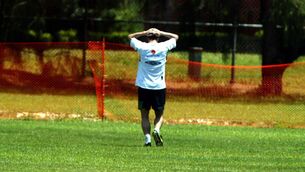