Scotland 2 Germany 3: Scotland would probably have settled for two goals against the world champions before this Euro 2016 Group D qualifier kicked off but, crucially, the three they conceded leaves them behind Ireland in the playoff hunt.">
X
    
Ronnie Esplin 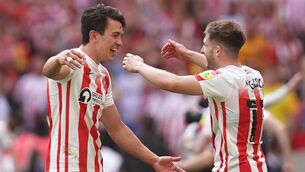 Sunderland back in Championship after League One play-off final win