S Ronan O'Gara: Gareth Edwards and the try that started this crazy kind of love 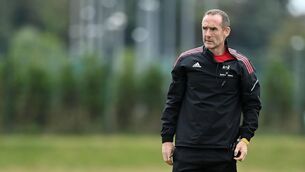