Duhan Van der Merwe try was like something from PlayStation, purrs Townsend 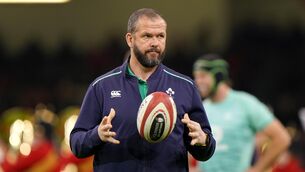