Zebre 7 Connacht 52: Two rounds played in the Champions Cup and only three teams in Europe have chalked up two wins. No surprise that Saracens and Clermont Auvergne have begun in such stellar fashion, but Pat Lam&rsquo;s men are beginning to show that their historic PRO12 win might not be a one-hit wonder.">
X
    
John Fallon

Van Graan: Munster are under no illusions at size of Leinster task 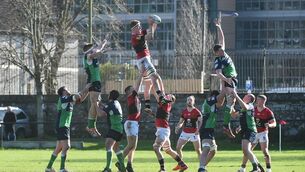