Munster 18 Benetton Treviso 13:&nbsp;The consolation on a less than satisfactory Guinness Pro12 performance at Musgrave Park on Saturday night was the win, four points in the bag, that puts Munster in a much healthier position than at the same stage last season when they lost first time out to Edinburgh.">
X
Barry Coughlan
    

South Africa condemn All Blacks to third loss in a row 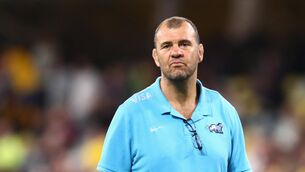