&ldquo;People were raving afterwards about Tommy Craig. He has great skill and he is strong&hellip; When you are watching a game it looks like he&rsquo;s making a great contribution. But that is on the premise that what he is doing on the ball is what it&rsquo;s about at that level. And it is not. Maybe it should be. It would be nice if it were.">
X

Aaron Rodgers won't face action from NFL for ayahuasca use 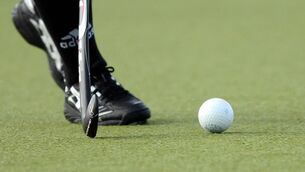