Colin Sheridan: 'No Dickheads Policy' usually points to presence of a few 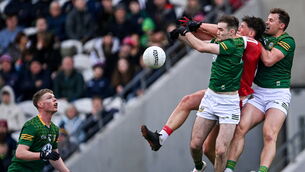