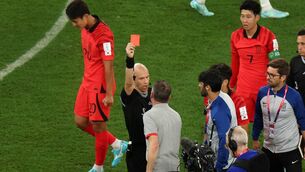 Kieran Shannon: Fifa diktat means times they are a changing