The trends at the 2022 RHS Chelsea Flower Show
#Unwind
 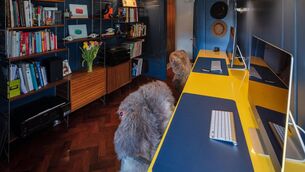