'I’m no longer gender dysphoric, I am simply Sara Jane'

Personal Insights: Make Covid-19 the pandemic that saw you return to your passions

Personal Insights: 'The struggle will end and we will regain our freedom', says former nurse

Letters to the editor: Censorship campaigns mock the freedom of the press 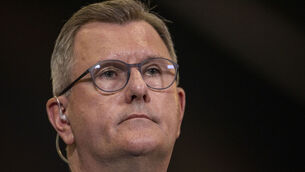