Q&A: What are my rights if airport delays cause me to miss my flight?

Irish Examiner view: Tourism industry wouldn't be what it is without Ryanair

Letters to the editor: Taoiseach's seeming indifference to crisis in cost of living may be his 'Marie Antoinette moment'

Letters to the Editor: Trans Equality Together say ‘do better’ 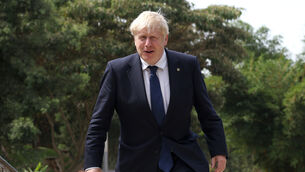 Letters to the Editor: Flaws within the NI Troubles Bill