Paul Hosford: After the hurdles of a turbulent two years, can this Government last the distance?
#On The Plinth
 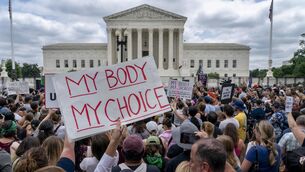