More than 60,000 children on waiting lists for vital services

How Salman Rushdie has been a scapegoat for complex historical differences 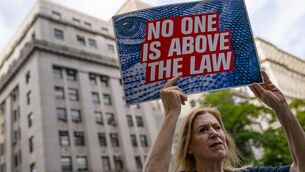 Why did Trump take classified documents in the first place?