Caroline O'Doherty, was in court today as the Friends of the Irish Environment (FIE) began their court action over the adequacy of the Government's plans to tackle climate breakdown.">
X
    

Harry Burton cartoon: Could the Minions do it better?

The Mick Clifford Podcast - Fergus Finlay: We've been in this cost of living crisis before
CourtsAnalysisClimate changecourtFriends of Irish Environment
 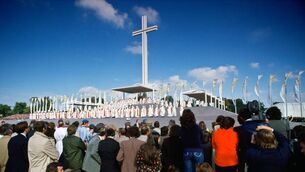 TP O'Mahony: Whatever its aberrations, Catholicism kept society together