Joyce Fegan: Coining the term 'pro-life' was a masterstroke but it avoids the reality of abortion
 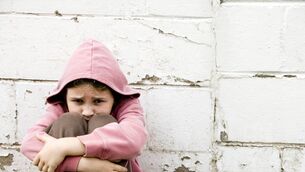