Peter Jackson: Nobody dares to rough up Father Time quite like The Marathon Man
#Ronan O’Gara
 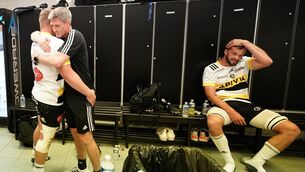 Ronan O'Gara: On the off-chance that the Leinster branch read this…