John Fallon: The Irishmen to watch in the January transfer window
 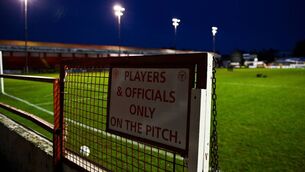