Fergus Finlay: Davos is a talking shop that does nothing to help people in dire need
 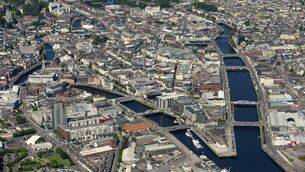