Clodagh Finn: Recalling the Irish suffragette who was one of Gandhi’s trusted allies
ColumnHealth
 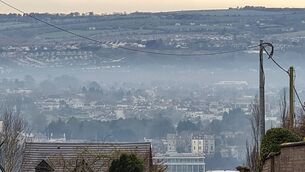