Alison O'Connor: Expert voices may not be enough to convince dissenters on maternity hospital
 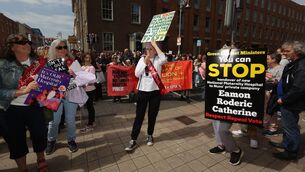