Oliver Mangan: We are still some months away from the peak in headline inflation 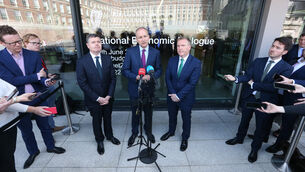