FOR a superb outdoor experience, salted with a bit of history, none will serve better on this Bank Holiday Monday than a coastal walk from picturesque Courtmacsherry village to Coolbawn (aka Blind Strand) on the Seven Heads.">
X
Damien Enright
     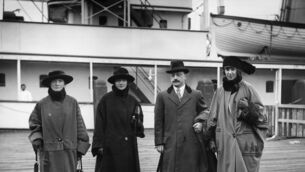