A hundred thousand welcomes but not much infrastructure

A year in ignorance: Afghanistan's girls have lost hope 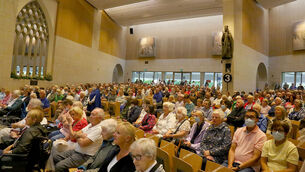 TikToking teens, devout pilgrims, and a strong feeling the Knock novena is in its twilight years