A guide to sites and events around Ireland honouring St Brigid

Brigid: A guide and a muse to modern women 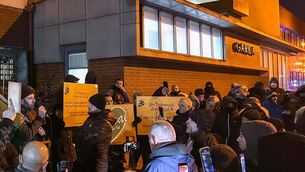