'These difficulties won't go away in a month': Donohoe rules out inflation interventions 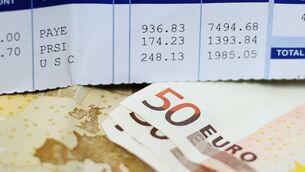