UK foreign secretary: ‘There is a deal to be done’ on Northern Ireland Protocol
 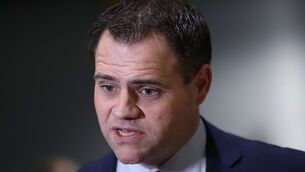