Ireland 'will be unaffected' by new UK travel rules 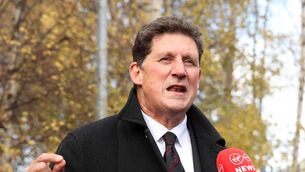 People must 'double down' on public health measures