Taoiseach: People struggling to pay energy bills 'will not be cut off' 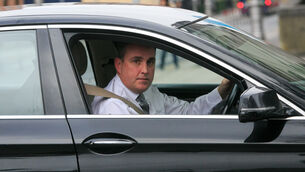