Greens insist Government stability is not under threat despite suspensions 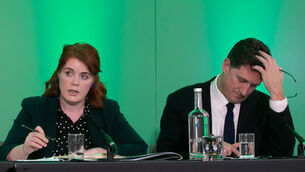