Taoiseach: No disconnections of pay-as-you-go energy users this winter 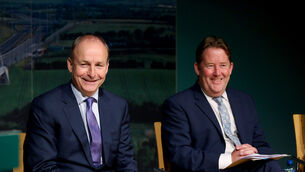