'If you live here, you belong here': Hundreds gather in Fermoy for rally in support of refugees
 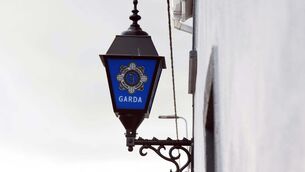