Man had stolen €185k in social welfare for 22 years to provide for his family, court told 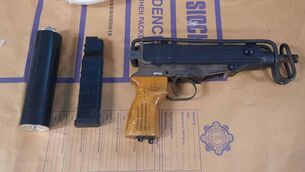 Sub-machine gun, silencer, and other ammunition seized from Dublin apartment