'It did not work out well' for man who threatened concertgoer at David Gray gig in Cork
CourtsPlace: Cork
 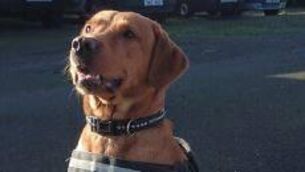