'No one should have to queue for food in 2022': Brother Kevin speaks out ahead of his retirement 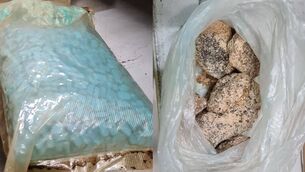