Defective steps rather than high heels to blame for restaurant fall, says judge 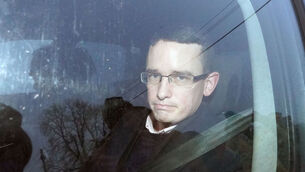