'I struggled a lot in my life,' says Cork woman sexually abused as girl by cousin on sleepovers 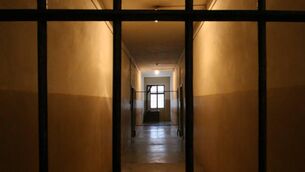